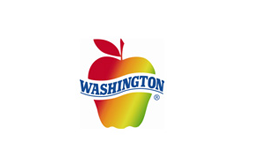 The Washington State Apple Advertising Commission was created by an act of the Washington State Legislature in 1937 at the request of the apple industry, making it one of the oldest and largest commodity commissions in the United States.

The Commission has a 14-member board of directors, comprised of nine members elected by the apple growers in specified districts, four members elected by the apple shippers and marketers in specified districts, and one Director of Agriculture. Each Commissioner is elected for a three-year term. The Commission is considered a governmental agency since it is state-mandated, yet is governed and totally funded by growers under the supervision of the Director of Agriculture who approves the budget and sits on the Board of Directors.

The primary purpose of the Commission is advertising, promotion, education and market development for the Washington fresh apple crop. Currently promotions are being implemented in more than 30 countries.